When The Clock Is Ticking, Use These Strategies To Escape

If you haven't previously experienced an escape room, this can be a fun and memorable night out for you and your employees — and even an opportunity to work on your team building. Escape rooms can vary significantly from one to the other, which makes it fun to try a series of different rooms over several outings if you enjoy yourself the first time. Even though rooms' layouts and designs may differ, adopting a conventional approach can often yield success — meaning that you'll escape the room before time elapses. Here are some strategies that you should employ.

To successfully defeat the escape room in which you're locked, you'll often need a combination of brains and brawn. In other words, while many of the clues will require you to figure them out cerebrally, there may be other steps that require some muscle. Don't ever ignore one of these approaches — for example, thinking that you'll outmuscle your way through the escape room might work for some elements, but it won't likely allow you to escape. Similarly, only using your head instead of your body can also leave you locked in when the timer buzzes.

Although it's important that your group takes a collaborative approach, too many people working on the same clue can lead to unfavorable results. For example, if your entire group is huddled around something, those at the front may be doing some deducing, but there will surely be others in the back who are mostly acting as spectators. It's best to spread out throughout the room, and even though you'll need to conquer the clues in a sequential order, having people look at other potential clues can keep the group moving along.

At some escape rooms, each clue and its respective answer will stand on their own. In other cases, however, the clues will all have a general theme that is important to consider in order to escape the room in time. When you solve one clue and move onto the next, don't quickly forget about the reason for your success. If you forget about previous clues, you may be in trouble because you'll need them for moving forward in your challenge. By keeping these rules in mind, you'll give yourself a better chance to escape the room in time, which may just get you hooked on this type of fun night out with your workgroup. 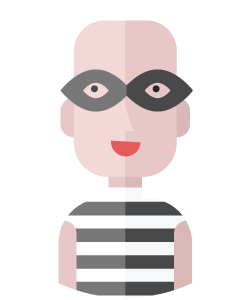